BEWARE: Scammers on Telegram are using FAKE Secure Platform Funding Broker Certificates (examples below) to scam customers into paying them money with a Crypto Currency Scam. 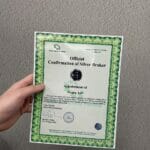 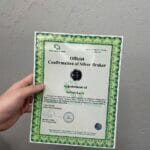 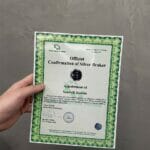 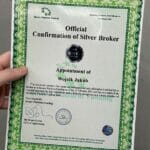 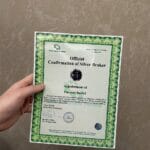 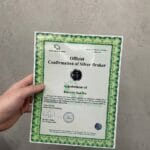 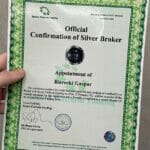 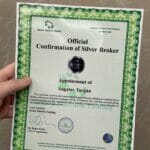 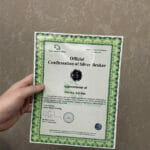 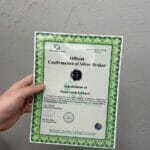 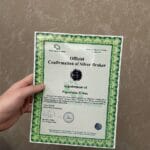 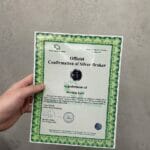 The Telegram Crypto Scammers have taken a “Sample Broker Certificate” from this page of our website: https://www.secureplatformfunding.com/brokers/ and heavily modified it.

The Certificates being used by the Telegram Crypto Scammers are:

Secure Platform Funding's Reputable Identity has been STOLEN without or knowledge, consent or approval and is being used on Fraudulent Broker Certificates.

Example of the Telegram Crypto Scammers Mode of Operation

I came across the Telegram page of a person who went by the name of Loren Curtis. In late June 2022. He was a person who claimed that he had made a lot of money from trading cryptocurrency and wanted to help others to do the same.

On 27/06/2022, Loren posted about a scheme that he had discovered whereby an individual could buy £95 worth of Bitcoin on a Korean exchange market and sell the same amount on an American exchange market, making a profit. Using a bot that he had designed, he claimed that users could repeat this process 6,538 times. Thus making an end return of £32,789. I had complete faith in him as his offer seemed to make sense.

I reached out to Loren and sent him 0.5BNB (£95 equivalent at the time) from my Trust Wallet to a “MoonPay” wallet address which he owned, as was his request. Loren then messaged me hours later saying that the yields had been generated and that my £32,789 was ready to withdraw.

Loren then asked me for my IBAN details for the transfer to be done. I provided this to him. He told me that it would take 1 – 1.5 hours to convert the currency for the transfer. He then told me that he required an additional £145 (to a different wallet address) as a commission charge for using the exchange. I sent him 0.78BNB(the equivalent at the time). He told me that the money that had been made through the scheme would reach me in 10 minutes.

Once the payment of 0.78BNB had been completed, he messaged me saying that the withdrawal of the funds in this direction is accompanied by a commission cost according to article (Publication 598, Tax on unrelated business income). The commission cost was £175. I sent Loren to his MoonPay wallet address a payment of 0.94BNB (the equivalent at the time). He said that the £32.7K would be with me in 7-10 minutes.

He messaged not much later that day saying that Trust Wallet had put a limit on transfers, and that he would speak to technical support. He said in the next message that he required a counter payment of $250 to confirm that “I was not scamming him.” He said that once this payment was made, the amount should appear immediately in my Trust Wallet. I made the payment. The amount was 1.08BNB (the equivalent at the time).

Once the payment had been made, Loren told me that the £32K should be with me in 10-11 hours. Loren texted me 15 hours later saying that a UK government body named “Ministry of Economy and Finance” had imposed a fine for not paying the proper amount of tax before initiating the transaction. The amount to be paid was £459. He said that this part must be dealt with as soon as possible to avoid legal complications and confiscation of the funds. I asked him if he was certain that this would be the last payment necessary before I was given my promised returns. He replied saying “No worries, dear u will get this money as soon as u pay.” I paid to Loren another amount of 2.42BNB (the equivalent of £459 at the time). I later found out that the Ministry of Economy and Finance is a finance regulator that works for the Italian government, not the British. Despite what the screenshot sent by Loren suggested.

Loren then messaged me just under two hours later saying that I could go to my branch and withdraw the promised amount, but I first needed to pay an amount of £689 as a standard fee for the urgent payment type transaction. I asked for clarification on what the payment is for. He said that the requests weren’t coming from him. He said that he and his solicitors were working under license. I asked for his license number. In reply, he sent a picture of certificate saying that he was a member of a firm called Secure Platform Funding. I asked if it would be possible for Loren to take the fee out of the £32K and give me the difference. Be said that this would cause legal issues and be a red flag for a potential case of fraud. I asked Loren if every single person with whom he’s worked with has had to pay more than £1000 these fees to receive the returns they’ve been promised? And if not, why does he not advertise this initially? I told him there wasn’t a chance that I was going to be able to afford to pay that final amount and because of I had already lost over £1000, and had virtually nothing left to my name and couldn’t borrow money from lenders or friends/family. And when tomorrow evening comes around and I’ve failed to give you what you’re asking for, what am I supposed to do then? In reply, Loren said that he was trying to treat me as fairly as possible and that we were close to achieving everything we’ve worked towards.

Given that Secure Platform Funding is a recognized organization with its own website and a logo which matched the one on Loren’s certificate, I decided to trust him. But there wasn’t any way I was going to be able to send him £689. So I re-negotiated a figure of £350. He said on 30th of June that it had to be sent on that day. He messaged me on 01.07.2022 in the morning asking if I could send the agreed amount. I managed to get a loan and sent him 1.94BNB via Trust Wallet (to a new address that he provided me with. The BNB figure was worth £350 at the time). He said in reply that I would have the money within 30 minutes.

Loren replied saying that “The Mol” imposed a protocol on the transaction, because the amount is much higher than the average salary in Russia. He said that they were looking for £4500 to be paid. He said that he has paid to them £3800, and that I should pay the remaining £800 (not £700) for the payment to be recognized as legal.

At this point, I for all intents and purposes accepted that I was being scammed, decided to stop trying to send Loren any more money and told him not to text me anymore.